When Fifty Shades of Grey by E L James was published last year I was otherwise engaged in my own publishing journey with The Man in a Haystack and couldn’t find the time to read this book, or any other for that matter. I watched as Facebook spewed out status after status, and comment upon comment, about the content between the covers of this book, not to mention the bed covers of Christian Grey’s ‘red room’. Ladies giggled with excitement, shock and maybe some embarrassment at the sex scenes. I read many ‘Oooohs’ and ‘Aaaahs’ and plenty of readers said it was a ‘must read’ trying hard not to reveal spoilers in the process. Needless to say, I was most intrigued but there was no hope at all of me reading it in 2012. 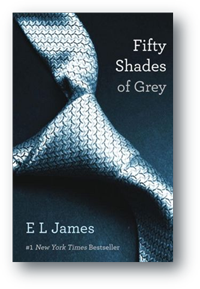 It’s a year since the book was published and the furore and hype began. Since then I’ve heard many things, good and bad, about the Fifty Shades trilogy. If I was to believe everything my list would include the following:

An overwhelming amount of sex scenes;

I wouldn’t say it was badly written at all; simply written, maybe. Badly and simply are, in my opinion, two very different things. I am a fan of easy reads and found Fifty Shades to be so. I find paragraphs of descriptive detail boring. I lose concentration and go off in to a daydream. Thankfully (for me) Fifty Shades is top heavy with conversation and exchanges of email. In real life conversation is an excellent indication of character and personality, and I gained a perfect picture in my imagination of who Christian and Anastasia were. That picture grew as the chapters unfolded. Additionally I have a perfect image in my mind of what they both look like. I don’t believe E L James has failed in that regard at all. Yes, there are some repetitive phrases, but much of them are Anastasia-isms, eg. “Oh my…”, “Holy crap!”, “my inner goddess…”, etc. These just contribute to her personality and I had no problem with the repetition. I believe in real life we all have our own ‘isms’. Mine are “That old chestnut!”, “Well, you say that!” and everyone is “poppet” or “sweet”! I found nothing wrong with the writing except one typo which I forgave instantly. After all, I’ve seen far worse in other books and publications.

As for it being an addictive read, I didn’t find it so. I was intrigued enough to want to go back to it every few days or so. When I was reading it, I didn’t feel that I couldn’t put it down, or that I had to finish the chapter before turning out the light at night and going to sleep. It was just a pleasant read that I could pick up and put down as and when I felt like it. It also made me smile frequently. That’s got to be a good thing?

The sex scenes were few and far between compared to what I’d been led to believe from the hype. I anticipated more sex than story. Let’s put this in to some perspective. When I held the paperback in my hands for the first time I was struck by the size of it – over 500 pages and a small font! My immediate thought was ‘Is there really such an incredible amount to write about sex?’ and then I remembered there are another two books of similar length in the series and was aghast at how the author could possibly stretch the sex out across 1500 pages and keep the readers interested. I can only comment on the first book and there were approximately 8 sex scenes. They didn’t last long and quite frankly I found them rather tame in comparison to what the word ‘porn’ conjures up in my mind. I felt they were believable but if they were written with the intention to arouse the reader, they didn’t have this effect on me. This isn’t a criticism at all because I felt the amount of sex in the novel was acceptable and the way in which it was conveyed was credible.

Now, here’s something completely unforeseen! I cried. Yes folks, I was moved to tears in the final few pages of the novel. If a writing can do this to me, there is no doubt about it, the author has done their job well! Actually, until I welled up I had no idea how much Christian and Anastasia’s characters had gripped me, but the evidence was there in front of me when a tear dropped on to the page. I can’t argue with that. 😉

I am intrigued to read books 2 and 3 and will do so when time allows. I certainly did not find book 1 boring, and whilst the story was quite simple it was also engaging.

I applaud E L James for turning her blog in to a best seller! Those who know the background to the The Man in a Haystack will recall that it was originally my blog, therefore to see another author begin the same way and reap massive rewards for her work is something I’d rather like a slice of, thank you very much!

At Amazon, Fifty Shades of Grey has received very mixed reviews and as a result the average rating is 3 Stars. I think this is fair and far from a fail, although as an author anything below 4 Stars makes me squirm with humiliation and awkwardness. I would award it 4 Stars if I felt a compulsion to keep reading past ‘lights out’ each night. I very much enjoyed it though and what’s in a rating anyway? I often find 3 Star movies are worthy of 4 or 5 Stars, in my opinion. So, a big fat “PAH!” to ratings and a high 5 to every author who puts their heart and soul in to their work and reaches for their dreams, because they do come true for some. You only have to look at E L James, after all. 😉 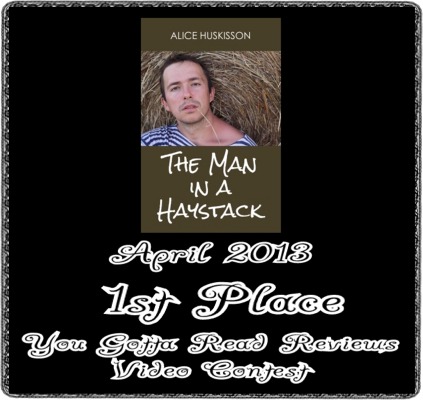 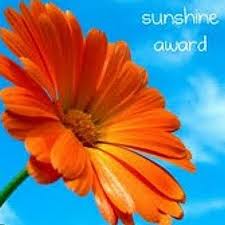